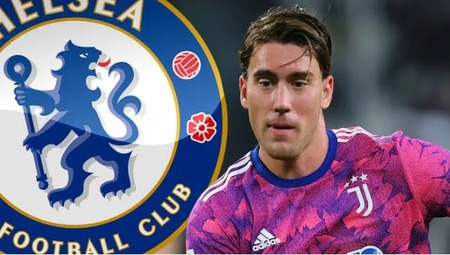 Chelsea are fully prepared to sign a striker in the January transfer window, having signed Molde’s David Datro Fofana ahead of Brighton and Hove Albion.

The Ivorian will cost Chelsea more than €10 million, and the deal is expected to be completed when the winter transfer window opens.

Graham Potter and Todd Boehly are still looking for a ready-to-play striker and have identified Arsenal’s target as a possible target for the club’s current project.

Arsenal is also interested in bringing in another forward in January, following Gabriel Jesus’ knee injury while playing for Brazil in the World Cup in Qatar.

Good news this afternoon, as Chelsea FC reportedly agrees on a deal to sign a new striker

Chelsea are planning a €100 million bid for Dusan Vlahovic, according to reports.

The striker joined Juventus last January after impressing with Fiorentina in Serie A. The Italian giants are currently in financial trouble, and such a large transfer fee for one of their best players may be tempting to accept.