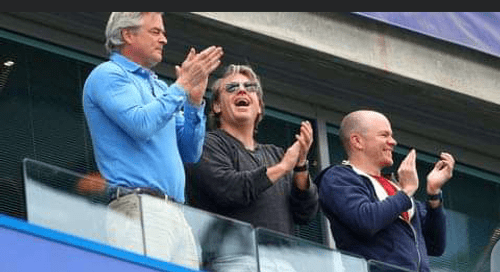 Chelsea are confident they can sign Manchester City forward Raheem Sterling this summer, as long as a fee can be agreed with the Premier League champions for the player.

Thomas Tuchel is a big admirer of Sterling, with the Blues boss believing the forward is better suited to Chelsea’s style of play than Romelu Lukaku, who is set to go out on loan back to former club Inter Milan next season.

However, City are understood to value Sterling at up to £60m, even though the player only has one year left on his contract at the Etihad.

Chelsea, meanwhile, believe a fairer price would be closer to the £35m which Bayern Munich could end up paying for Liverpool forward Sadio Mane.

The clubs held further talks on Wednesday over the make up of the deal.

One source has told Sky Sports News there is a €5m gap between the €10m Chelsea want and the €5m Inter want to pay in a loan fee.

In December, Lukaku told Sky in Italy he wanted to return to Inter one day. He said: “I really hope in the depths of my heart to return to Inter, not at the end of my career, but at a still good level to hopefully win more.”

What should be expecting to join Chelsea this summer?

The new owners are set to splurge around £200m with Sevilla’s Jules Kounde, Brighton’s Marc Cucurella and Manchester City pair Gabriel Jesus and Raheem Sterling on a hitlist that also includes Robert Lewandowski and Ousmane Dembele – (The Sun, June 10).

Chelsea could be in line for a busy transfer window as Thomas Tuchel eyes a summer clear-out following the completion of the club’s takeover (Daily Mirror, June 10).

New Chelsea owner Todd Boehly was permitted to hold back more than £100m from his purchase of the club amid concerns they will be hit with costs over liabilities from the Roman Abramovich era. (Daily Telegraph, June 9).

Manchester City’s Raheem Sterling during the UEFA Champions League round of sixteen second leg match at the Etihad Stadium, Manchester. Picture date: Wednesday March 9, 2022.
Image: Raheem Sterling could be set to swap Manchester City for Chelsea
Kalidou Koulibaly and Matthijs de Ligt – Chelsea have been handed a double blow in their pursuit of a new centre-back this summer, with Juventus set to bring Napoli’s Koulibaly to the Old Lady – the move would signify a further blow for the Blues, with Juventus keen to pair Koulibaly with fellow target De Ligt (The Sun, June 19).

Milan Skriniar – Chelsea have enquired about Inter Milan defender Martin Skriniar in a swap deal that could involve striker Romelu Lukaku returning to his former club in Italy (Daily Mail, June 18); Chelsea have made Inter Milan star Milan Skriniar a top target this summer and are reportedly prepared to offer players in exchange to sign the defender (The Sun, June 14); Chelsea want to sign Skriniar from Inter Milan and would favour a swap deal to minimise spending, with Ruben Loftus-Cheek among those being considered (Daily Express, June 13). Chelsea will have to pay a premium price to land Milan Skriniar this summer after Paris Saint-Germain saw their £42.3m bid for the defender rebuffed by Inter Milan (Sunday Express, June 12).

Gabriel Jesus – Chelsea are one of the clubs to show an interest in Jesus (Sky Sports, June 17).

Jules Kounde – Barcelona are set to deal Chelsea a massive blow by hijacking their long-time efforts to sign Kounde, with local reports suggesting talks are already at an advanced stage (Daily Mail, June 16); Sevilla are privately fuming that big-money Chelsea transfer target Jules Kounde played for France in the Nations League and has since been forced to undergo pelvic surgery on an old injury which flared up again (The Sun, June 15).

Thomas Strakosha – Chelsea are considering a move for goalkeeper Thomas Strakosha on a free transfer should Kepa Arrizabalaga exit Stamford Bridge this summer, according to reports (Daily Mail, June 15).

Marc Cucurella – Chelsea must pay at least £45m to win the race for Brighton defender Cucurella and will have to see off competition from Manchester City and Tottenham to land the Spanish left-back (The Sun, May 27).

Richarlison – Richarlison has told Everton he wants to leave the club this summer and move in a £65m transfer to either Chelsea, Paris Saint-Germain or Real Madrid (The Sun, June 9); Arsenal, Chelsea and Tottenham are interested in Everton forward Richarlison, who has admitted he is considering his future on Merseyside (Daily Mail, May 31).

Gleison Bremer – Leicester and Chelsea are fighting it out for £40m rated Torino centre-back Bremer (The Sun, May 8).

Sergino Dest – Chelsea are ready to renew their interest in Barcelona full-back Dest and could use the Catalan club’s interest in Marcos Alonso and Cesar Azpilicueta to get a deal over the line as they will need to make significant room for those players on their wage bill (Daily Mail, June 1).

Wesley Fofana – Leicester City are attempting to fend off interest from Manchester United and Chelsea in their centre-back Fofana (Daily Express, June 9).

The latest players linked with a Chelsea exit
Romelu Lukaku – Inter Milan believe they are close to agreeing a deal to re-sign striker Romelu Lukaku on loan from Chelsea (Sky Sports News, June 19); Lukaku is set to secure a return to Inter Milan on loan after a fee of £8.5m plus add-ons was agreed in a move that will kick-start Chelsea’s summer spending spree, with Raheem Sterling at the forefront of Thomas Tuchel’s plans (Daily Mail, June 19); Inter Milan will hold further talks with Chelsea on Monday as they try to reach a compromise over a loan fee for Lukaku (The Times, June 19); Chelsea have enquired about Inter Milan defender Martin Skriniar in a swap deal that could involve striker Lukaku returning to his former club in Italy (Daily Mail, June 18); New Chelsea owner Todd Boehly’s relationship with Roc Nation, who look after Lukaku’s commercial interests, could play a huge role in any potential move back to Inter Milan this summer (Daily Telegraph, June 11); Inter are in talks with Chelsea about re-signing Lukaku on loan this summer (Sky Sports, June 8).

Reece James – Manchester City and Real Madrid are on red alert with Chelsea yet to approach James over a new contract despite becoming a key member of their first-team squad (Daily Mail, June 10).

Celebrations at Stamford Bridge as Chelsea offers £35m of £300,000 a week as they sign striker

N’Golo Kante – Manchester United are considering making a bid for Chelsea midfielder Kante as he approaches the final year of his contract (The Guardian, May 28).

Levi Colwill – Everton boss Frank Lampard is plotting a move for young Chelsea centre-half Colwill, who has been part of Huddersfield’s push to the play-off final (The Sun on Sunday, May 22).

Mason Mount and N’Golo Kante – New Manchester United manager Erik ten Hag is watching Mount’s contractual situation at Chelsea carefully as he considers a shock move for the England midfielder (The Sun, June 1); Chelsea are prioritising talks over the futures of five players, including Mount and Kante, (The Sun, May 13).

Armando Broja – The striker’s impressive season at Southampton has made him a target for West Ham this summer (The Sun, May 6).

Ruben Loftus-Cheek – Inter Milan are interested in taking Ruben Loftus-Cheek on loan from Chelsea as they look to regain their Serie A title next season (Daily Mail – June 6); Midfielder is pushing for a move to Europe in the summer and could reunite with former Chelsea boss Maurizio Sarri at Lazio (The Sun, May 13).

Marcos Alonso – Barcelona are leading the race to sign Chelsea defender Alonso, who could be allowed to leave Stamford Bridge as he enters the final year of his contract (The Mirror, May 8).

What do you think considering the Chelsea transfer update, Who will be on the move this summer when the transfer window opens on June 10 and closes at 11pm on September 1?