Chelsea vs Brentford Predicted XI: Lukaku dropped from the 3-4-3 formation 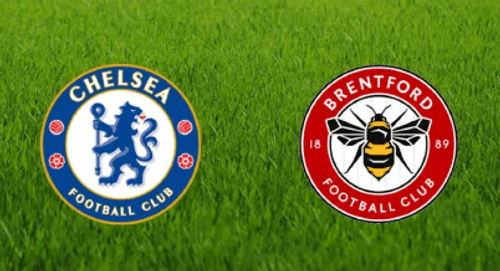 Chelsea vs Brentford Predicted XI: Lukaku dropped from the 3-4-3 formation… Chelsea will take on Brentford at Stamford Bridge on Saturday, April 02, 2022, with a kick-off time at 15:00 hrs GMT(3:00 p.m. local time). Meanwhile, Thomas Tuchel has done an impressive job of getting results in the midst of this hailstorm of off-field events.

It’s important to note his role and that of his players in all this as it’s been vastly understated thus far. Fans can say “football is just entertainment, some things are more important” all they want. The reality of the situation, however, is that players are human too and they all had to still get on the pitch, despite all the noise in the news about the pending uncertainty over potential new owners.

All of that being said,

Here’s who The Pride of London believes the manager gives the nod to start as Chelsea enters the business end of the season:

Edouard Mendy was a penalty shoot-out hero for Senegal, again, during the international break. This makes everyone look at the Carabao Cup final again and wonder what could’ve been.

Mendy winning two penalty shoot-outs with Senegal doesn’t make the decision Tuchel made in the Carabao Cup final the wrong one though. Mendy’s confidence will be through the roof and that’s the mood the Blues need him to be in as they turn into the business end of the season.

Trevoh Chalobah should return to the line-up for this contest against the Bees. He has been very good this season and his pass selection has been exquisite.

Thiago Silva starts when he’s fit, simple as that. It is good that he only played one match for Brazil during the international break though, as it means he will not have needed much recovery time when he returned to Chelsea recently.

Antonio Rudiger has been recently linked with a move to FC Barcelona. These rumors are interesting because it’s the same club that his teammate, Andreas Christensen, is being linked to at this moment in time.

Christensen’s move to Barcelona seems to have been finalized, but Rudiger’s is still in the rumor stage. We’ve heard this before though, with several sources mentioning high-status clubs being ready to pay the Germans certain wages and bonuses. The important thing is that Rudiger does not let these things affect his performance, though it’s looking more and more likely that the former Stuttgart defender will not start the 2022/23 season with the Blues.

Rudiger has shown consistency in his performances since day one of Tuchel’s arrival at Chelsea—that’s a ridiculous level of consistency.