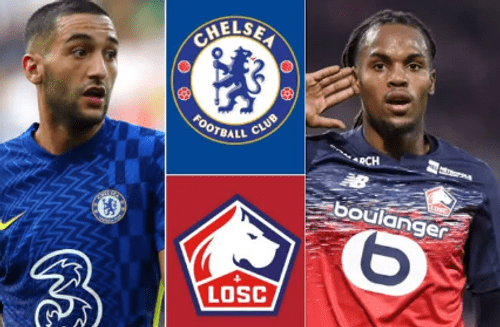 Chelsea’s Champions League defense will resume on Tuesday when they play Lille in the first leg of their last-16 tie at Stamford Bridge.

The European and World Champions are playing at home for the first time after finishing second in Group H behind Juventus.

Lille came out on top of Group G, beating RB Salzburg, Sevilla, and Wolfsburg, and are ready to shock the world

How Chelsea could lineup against Lille in the UEFA Champions League According to Thomas Tuchel, Cesar Azpilicueta is poised to return after missing Saturday’s 1-0 win over Crystal Palace.

Mason Mount is hoping to be fit for the Carabao Cup Final, but due to an ankle injury, the Lille match is likely to be too soon.

Calum Hudson-Odoi, who was unable to play against Palace, will also be absent.

Tuchel said on Saturday that six of his players caught colds on the way home from the Club World Cup in Abu Dhabi due to the air conditioning.

Chelsea may have lost ground at the top of the Premier League, but they continue to flourish in cup competitions and are among the favorites to win the Champions League again, especially if Tuchel can figure out how to get Romelu Lukaku to score more frequently.

Lille has struggled to defend its title in France, and the Blues should be too strong for a team in the Ligue 1 bottom ten. Thomas Tuchel’s team has won four straight games. And, with the exception of five draws and a loss, they have gone undefeated at home since April of 2021. They had also scored two or more goals in each of their previous six home encounters.

Finally, the French champs have a worse head-to-head record than the Blues.

In light of these considerations, Chelsea should win at Stamford Bridge on Tuesday.