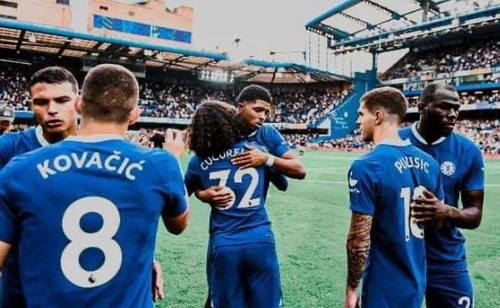 With a win over Manchester City this week, Graham Potter can give Chelsea a huge boost in their attempt to resurrect their season.

The defending Premier League champions have made a number of mistakes and are trailing Arsenal by a large margin.

After a weekend draw with Everton, City arguably must win at Chelsea or face serious doubts about their credentials, despite Erling Haaland’s outstanding goal-scoring form. Chelsea, on the other hand, has a slew of problems following a drab second-half performance in the 1-1 draw at Nottingham Forest.

Date, time of start, and location
The match between Chelsea and Manchester City is set to begin at 8 p.m. GMT on Thursday, January 5, 2023.

CHE vs MCI: Thiago Silva sends a strong message to Chelsea fans ahead of the Manchester City match

Stamford Bridge will host the match.

Where can I watch Chelsea vs. Manchester City on TV? The match will be broadcast live on Sky Sports Premier League and Main Event in the United Kingdom, beginning at 6.30 p.m.

Chelsea’s injury list appears to be getting longer for this game.

Julian Alvarez has returned to City training following the World Cup final and could be called up.

Aymeric Laporte (back) is questionable, and Ruben Dias (hamstring) is out.

Chelsea vs. Manchester City Prediction
Chelsea has drawn two and lost two games against teams in the top six this season, and they look vulnerable to another thrashing here – though there are certainly some chinks in City’s armor.

City has won all three meetings between these two teams without conceding a goal.

CHE vs MCI: Thiago Silva sends a strong message to Chelsea fans ahead of the Manchester City match