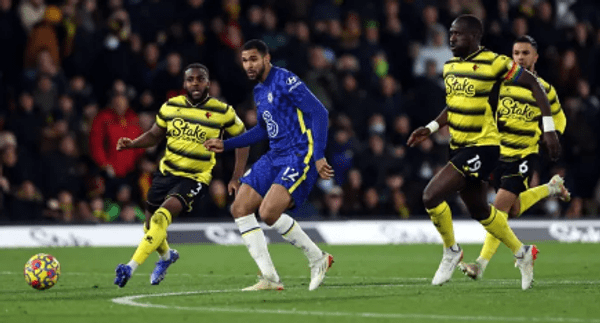 On Thursday, Thomas Tuchel’s Chelsea was held to a 1-1 by Brendan Rodgers Leicester City at the Stamford Bridge Stadium. Following the result, the blues sealed third place spot ahead of Antonio Conte’s Tottenham Hotspur.

This weekend Chelsea will play their last English Premier League fixture of the season and it will be against Watford, and in front of their home fans as well. Chelsea who fail to win two consecutive domestic titles this season against Klopp’s Liverpool, will match on and play against Watford in the last English Premier League fixture on Sunday.

The blues aren’t in a must-win game against Watford but would need to make their home fans proud and seal the last English Premier League fixture of the season with a win in the Stamford Bridge Stadium.

Last three meetings between both clubs.

Thomas Tuchel’s Chelsea hasn’t lost in his last three fixtures against Watford. The blues have scored seven (7) goals and conceded only two (2). Without having any player sent off or injured, Chelsea could start Mendy in goal, Chalobah, Silva, Rudiger, James, and Alonso as defenders. While Jorginho, N’golo Kante, Ziyech, and Christian Pulisic as midfielders. Romelu Lukaku or Kai Harvertz could start in the top nine. The English Premier League fixture between Chelsea and Watford will be played at the Stamford Bridge Stadium and will start at exactly 4:00 pm Nigerian time.