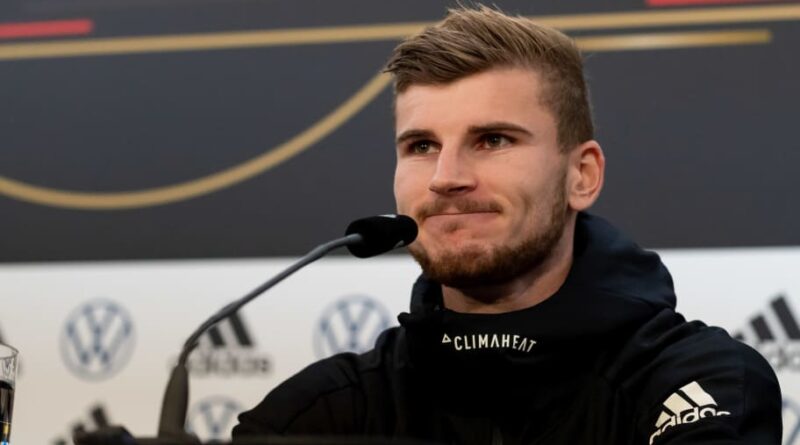 Timo Werner, Chelsea’s main striker, speaks ahead of the London derby tonight as Chelsea is set to slug it out with West Ham in today’s game.

Chelsea faces another tough test in the Premier League tonight against West Ham United, a team who is off the back of some pretty decent form and only sit one point behind Frank Lampard’s side.

But Blues striker Timo Werner is feeling confident ahead of the game tonight, and perhaps offers some wise reasoning as to why they lost the last couple of games, and the things they need to take from that tonight, via the Chelsea website.

Wener said: “Every team has ups and downs. We are struggling a little bit in the last two games, we were not so bad to win the games.

“We didn’t do well in some situations. Against Everton, of course, a mistake can happen but after the penalty, we had no control over the game and no chances. When we led 1-0 against Wolves, in the past this was always a strength for us to get the second goal and the third goal with counter-attacks or corners but there we conceded over sloppy defending.

“We wanted to win the game but we forgot that Wolves have a very good transition in counter-attacks. That’s not the style of how we want to win games or play games and it was a little bit naïve to lose the game at the end.

“We have to learn from these things and do better in these games to get a draw as Liverpool did against Fulham recently. It’s more in your favor than losing two points and that’s the style of how you become champions.”

This last point is something that Lampard has also touched upon, he was frustrated that his players did not show the maturity to see the game out against Wolves when they went 1-0 ahead early in the second half, and it looks like this has been drummed into the players.

But Werner believes Chelsea can win tonight against a tough opponent.

“They’re a good team and they play very good football.

“They are fast to the strikers and the strikers are very good, very fast, and make lots of problems for defenders. It’s going to be a hard game but we’re playing at home and we want to win. It’s a London derby, which is always something special, but we want to win not because it’s a derby but so we keep the distance to first place.

“We can be confident when we play as we have in the whole season so far. We’ve played good football and scored a lot of goals. In the beginning, we struggled a bit to defend our own goal but now I think we have defended very well.”