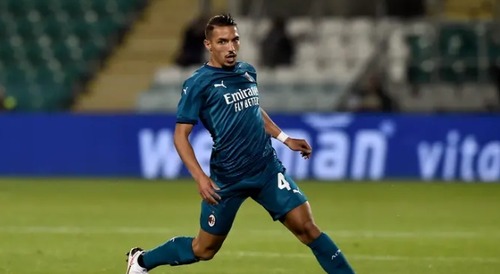 According to Alfredo Pedulla, Chelsea are willing to pay £40 million in January to sign AC Milan midfielder Ismael Bennacer.

Algeria international Bennacer, who has been with Milan since 2019, has a contract that expires in the summer of 2024. (Transfermarkt). According to the report, his contract renewal at San Siro is “not easy.”

The 25-year-old has proven to be a versatile midfielder, capable of playing as a number eight, defensive midfielder, or attacking midfielder.

Chelsea has been linked with a move for AC Milan’s Ismael Bennacer. However, at AC Milan, he has mostly played as a defensive midfielder or in a double-pivot central midfield. He has developed into one of the team’s key players since joining at the age of 21.

In Serie A, Bennacer is having a fantastic season. He averages 2.3 tackles per game, has an 82% pass accuracy with passes in the opposing half, and wins 55% of all duels contested in any area of the field.

Chelsea may have little idea where N’Golo Kante and Jorginho’s futures lie. Both players’ contracts are set to expire at the end of the season, and neither has signed an extension.

Furthermore, the alternatives Are Ruben Loftus-Cheek and Conor Gallagher really ripping it up? As a result, they would require not one, but multiple additions in the central midfield department in the near future.

They have been linked with English midfielders Jude Bellingham and Declan Rice. We also know that they will not come cheaply.

So the plan could be to go all-in on either Rice or Bellingham and then sign Bennacer for a lower price. It would be a fantastic financial deal.

Bennacer is also a talented player. Those who have seen him know how important he is on both ends of the field, especially when his team is out of possession.