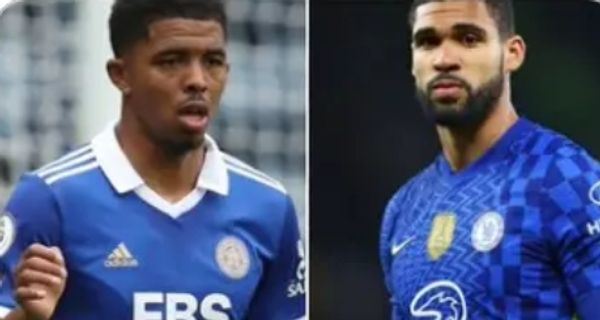 Chelsea Boss, Thomas Tuchel and his squad set for the showdown in the with English Premier League, EPL, the Blues is back in action today having already signed Raheem Sterling, Kolidou Koulibaly, Gabriel Solnina and Carney Chukwemeka.

Despite these arrivals, Tuchel feels that getting a centre-back will enable him win some major silverwares next season as he’s set to replace Antonio Rudiger and Andreas Christensen.

Having been linked with several top targets, it’s like the Stamford Bridge heavyweights hasve now found a perfect target to add strength to their backline as per reports.

According to the Sun Football,

Chelsea are allegedly willing to pay £85m for Leicester city’s ace Wesley Fofana in an attempt to get a pair for Senegalese centreback Kolidou Koulibaly. Fofana is Tuchel’s number target to bolister his backline and therefore doing everything to land him ahead of Josko Gvardiol and Presnel Kimpembe.

Ideally, the 24 year old is an EPL proven star and apparently cam make a good signing for Chelsea as they’re looking to reshapen their squad. Meanwhile, Pierre Aubameyang and Frankie De Jong have been offered to chelsea.