Chelsea’s star striker ruled out for the rest of the season, explaining why 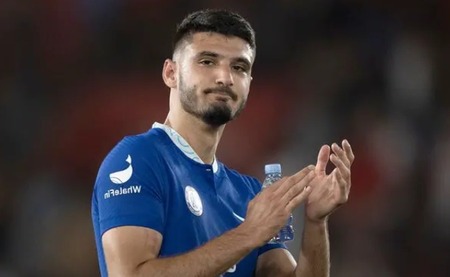 Premier League giants, Chelsea seems to have suffered a major setback in the race to potentially qualify for the next season’s UEFA Champions League with their promising star forward, Armando Broja now reported to have been ruled out of the game for the rest of the season. Broja, 21 came off in the scheduled friendly match against Aston Villa in Abu Dhabi after he collided with the Villains defender Ezri Konsa, before holding his right knee and screaming in pain. Hence, Latest reports from Fabrizio Romano now suggests that the Albanian international is set to spend the rest of the season on the sidelines after the ACL injury which requires an operation. However, the 21 year old is expected to resume training sessions for next season though the Blues will have to peruse the market for a new center forward given that their only option upfront at the moment is Gabonese international, Pierre Emerick Aubameyang.