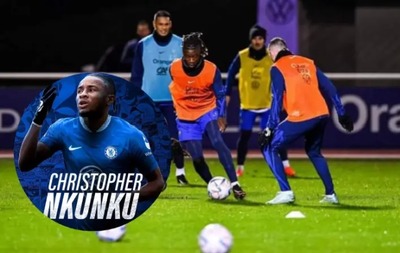 Chelsea will be looking forward to strengthen their team during January transfer window and Chelsea manager Graham Potter will do everything possible to bring in sharp players. Some of Chelsea first team players such as ng’olo kante and Wesley fofana have injuries and it will be difficult for them to play this season.

Grahmer potter will use Eduardo Mendy as his main goalkeeper in each and every game they play.mendy has been instrumental since the time he arrived at Stafford bridge and his hard work and determination will help him to be a regular starter under the management of Grahmer potter.

Brazilian international and Chelsea central defender Tiago Silva will partner with Chalobar and fofana in the central defence role while Reece James and Ben chilwel will be used as right and left wing backs respectively. The leadership skills of Tiago Silva will help Chelsea to keep many clean sheets when they play against tough teams.

Mateo kovacic will partner with Ruben loftus cheek in the defensive midfield position while mason mount will play as an attacking midfielder.

Kavocic out, Reuben in: Tuchel confirm players injury ahead of Arsenal match

kovacic will use his dribbling skills to pressurize and unsettle opponents defence during match time.mount and loftus cheek will use their leadership skills and speed to create more scoring chances for other players during match time.