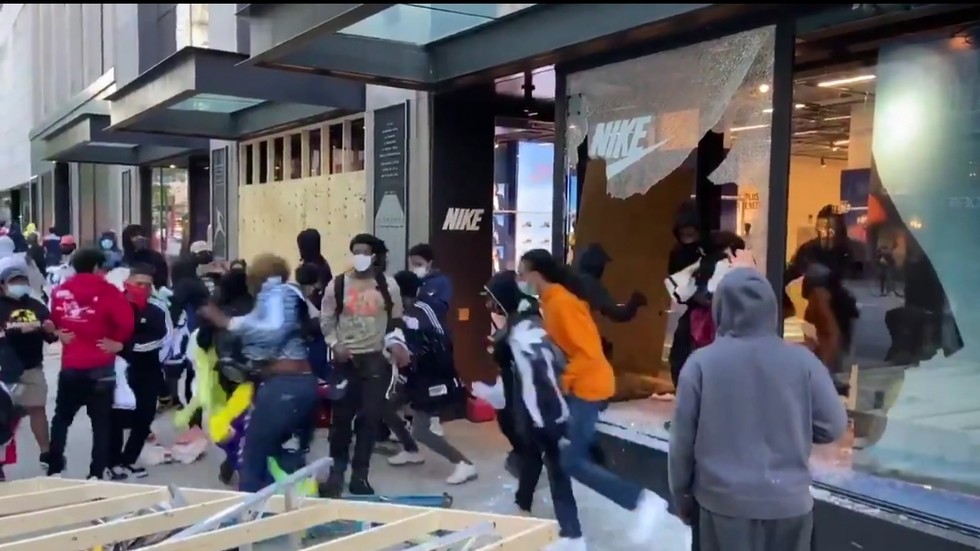 According to Chicago’s police, 100 people involved in the smashed windows and stole from the stores were arrested, while almost 13 officers injured during the crowds clash with them early hours on Monday in Chicago’s Magnificent Mile shopping district and other parts of the city’s downtown.

Meanwhile, 400 officers were dispatched when a post on social media goes viral on Facebook as the incident ravaged over lootings in a store in Chicago’s downtown area of the state. Although, shots were fired at police and officers returned fire. said, David Brown. 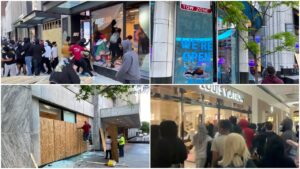 Brown said the incident happened earlier in the day in which police officers wounded a 20-year-old man with a long criminal history who shot at them. A Facebook video later circulated falsely claiming police had shot and killed a 15-year-old boy.

“This was not an organized protest rather this was an incident of pure criminality,” Brown said. “This was an act of violence against our police officers and against our city.” 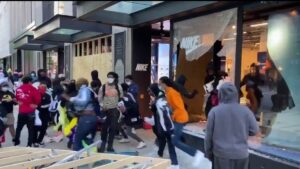 People were seen going in and out of stores carrying shopping bags full of merchandise as well as at a bank, the Chicago Tribune reported, and as the crowd grew vehicles dropped off more people in the area.

Brown said a heavy police presence is expected in the downtown area and a special team of investigators will examine hours of footage from Sunday night and pledged “to pursue these offenders to the fullest extent of the law.”

“This is not a legitimate first amendment protected speech. These were not poor people engaged in petty theft to feed themselves and their family,” she said. “This was straight-up felony criminal conduct.”

Looters broke into a Chicago mall and are looting the place clean tonight. #BlackLivesMatter pic.twitter.com/wKJZbcvpoZ