Club Director on his way to ‘define a player’s sale to Chelsea,’ claiming a €12 million upfront payment 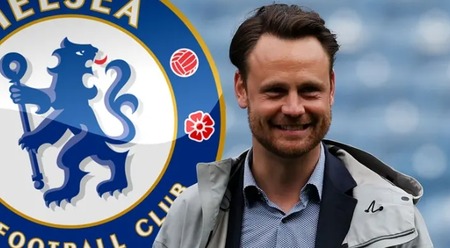 As Vasco da Gama and Chelsea finalize the transfer of Andrey Santos, the Brazilian media is providing more updates.

According to Globo Esporte, the director from the Rio de Janeiro side is in So Paulo today to finalize the move’s details.

It’s said Paulo Bracks’ trip will work to ‘define’ Andrey Santos’ ‘sale to Chelsea’. He now’should meet’ with the players’ agents in order to complete the transfer.

Globo Esporte was the first to report the move, claiming that the sale could reach €40 million, though it’s unclear how much of that would be in an initial payment and how much would be contingent on performance bonuses.

However, journalist Lucas Pedrosa quickly followed up with a report claiming that the amount is half that, with Chelsea only paying €20 million.

Papo Na Colina backs this up with some additional information.

They claim that the Blues will initially spend €12.5 million on the signing, with the remaining €7.5 million contingent on add-ons. This information is said to have been ‘confirmed’ by a Vasco director and one of Andrey’s relatives.

If that’s the case, Chelsea are paying a high price for the youngster, who is widely regarded as one of Brazil’s most promising prospects.