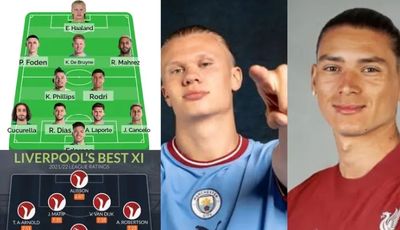 Community Shield 2022 final Liverpool vs Manchester City’s possible starting XI,: The summer transfer window is currently ongoing, and English Premier League giants are busy strengthening and bolstering their various squads to compete for every prestigious trophy in England and Europe at large. Manchester United and Chelsea are no exceptions after the likes of Manchester City and Liverpool bolster their team from the frontline to the backline. The Jurgen Klopp’s Liverpool was able to lure Uruguayan forward Darwin Nunez to the premier league, while Pep Guardiola convinced European youngest best striker Erling Haaland to join the Blue side of Manchester this summer. These two clubs appear very ready for the new season. This is the main reason why Manchester United and Chelsea moved very fast to strengthen their weak links, but I don’t think that the duo can be able to mount a title challenge against Pep and Jurgen. Apart from Darwin Nunez, Liverpool brought in Carvalho Fabio and Calvin Ramsay from Fulham and Aberdeen of Scotland respectively. EPL: Paul Merson predicts on Chelsea vs Southampton, Man City vs Liverpool, Arsenal and others

The Citizens and Liverpool are ready to dominate the premier again this season, but who will win between the two if they meet each other in a match?