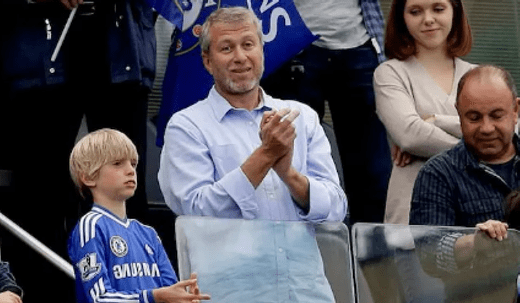 Roman Abramovich announced a major decision to sell Chelsea. However, there are now doubts about the possibility of such a sale.

Abramovich has been in a difficult position since Russia’s invasion of Ukraine in the past week. He is known as one of the figures close to Vladimir Putin, the leader of Russia.

Countries around the world have taken turns imposing economic sanctions on Russia to pressure Putin. The hope is that the invasion or war can be stopped soon.

The same is true in the world of football. For example, FIFA and UEFA confirmed that they would not provide space for Russian clubs and Russian states in the competition.

If Abramovich out of Chelsea, I will leave the club- Werner

It was this difficult situation that forced Abramovich to He then decided to sell Chelsea immediately.

“I want to respond to the speculation in the media in recent days regarding my relationship as owner of Chelsea FC. As I said before, I always make decisions with the interests of the club first, “Abramovich said.

In this situation, I have taken the decision to sell the club because I believe this is best for the club, the fans, the workers, as well as the sponsors and partners.

Abramovich insisted that selling the club was not an easy decision. He led Chelsea for a dozen years because of his passion and love for football, not money.

Abramovich may be intent on selling Chelsea, but that doesn’t mean he can’t do it. According to Sky Sports analyst Kaveh Solhekol, Abramovich and Chelsea’s current position is very fragile.

Other clubs in Europe have cut ties with all things Russian. Schalke 04 has ended its sponsorship agreement with Gazprom, and Manchester United has ended its partnership with Aeroflot.

Well, Chelsea is very likely to be punished severely. Therefore, the sale of the club will not be easy and fast.

“Just because Roman Abramovich wants to sell Chelsea doesn’t mean he will be allowed to do it. This is also influenced by the UK government’s decision in the next few days, “said Solhekol.

In short, at this time, Abramovich was still hopeful. If the British government decides to impose heavy sanctions, Abramovich will not be able to sell Chelsea.

If he is sanctioned and all his assets are frozen, he will not be able to do anything. Even so, it is true that the [sale] statement was extraordinary, “continued Solhekol.

He has invested £1.5 billion in Chelsea since buying the club. He wants to forget the debt and says he never put business and money first. ”

The reason he is willing to sell is because of his love for the club and that the profits from the sale will be allocated to the victims of the war in Ukraine.