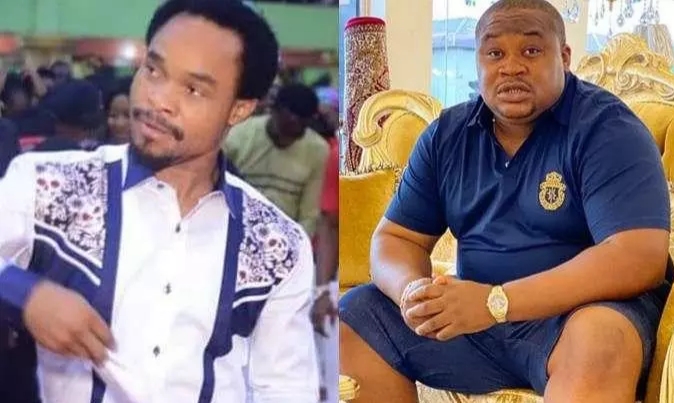 The Onitsha based Prophet of Holy Ghost Mountain Ministry has become a sensational act on the internet for some days now after making Video talking about the Family of Late Chief Pericoma and the Entire people of Arondizuogu.

Read Also: Those pastors who held a meeting with FG over Churches lockdown, are the antichrist – Pastor Oyakhilome

The three engaged the Popular Clergyman in Chat while having fun to have the Almighty Indaboski talking about how he raised to the top in today’s ministration.

Cubana Chief Priest endorsed the clergyman as he noted that he’s one of them and a good brother.