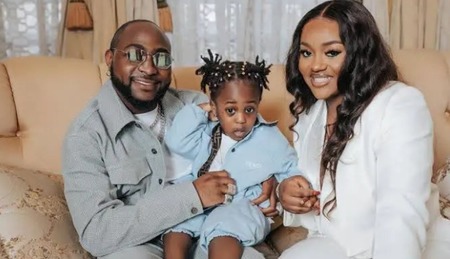 Davido and his partner Chioma are in mourning. Their 3 year old son Ifeanyi has died according to reports that have been published widely by media outlets in Nigeria.

Reports indicate that Ifeanyi drowned in a swimming pool at Davido’s residence in Banana Island area of Lagos State on Monday Night. This sad news has sparked emotions among Davido’s fans considering that the young child celebrated his Birthday few days ago on October 20th.

It’s painful for any parent to loose a child. The popular Nigerian Musician is yet to issue any statement or divulge about the sad incident. Though details of the horrific incident are still sketchy, fans as well as section of Nigerian celebrities have taken to various social media platforms to mourn the Young child and stand with Davido during this dark moment.

According to a report from one of the media outlet, Ifeanyi was said to have been underwater for a very long time before he was spotted and rushed to a hospital where he was confirmed dead on arrival.