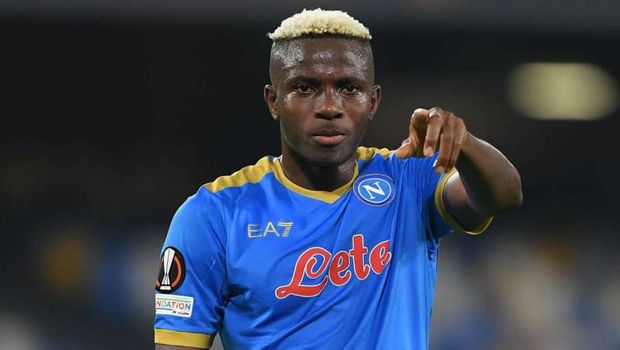 Chelsea have been told that it would take £66m to sign Napoli forward Victor Osimhen as they attempt to find a potential successor for Romelu Lukaku.

The Belgian forward has seen his future at Stamford Bridge be called into question over recent weeks following an explosive interview in which he suggested he was not happy in west London and also spoke up the prospect of a return to former club Inter Milan.

Milan have set their sights on Manchester United defender Eric Bailly – according to Sky Italia.

The Italian giants have focused their attention on the 27-year-old as they look to bring in a replacement for Simon Kjaer following his injury lay-off.

Paris Saint-Germain have expressed interest in Chelsea forward Romelu Lukuku, with the French giants prepared to fork out €90 million

Lazio are eager to bring in Chelsea goalkeeper Kepa this month – according to The Athletic. The 27-year-old is open to a move as he continues to play a backup role in the Blues squad behind Edouard Mendy.

The French club have held talks with the 28-year-old over a potential free transfer for the summer – when his current contract expires.

Nottingham Forest are delighted to announce the signing of Canadian international wing-back Richie Laryea on a permanent transfer.The 27-year-old joins The Reds from MLS side Toronto FC where he made over 70 appearances having previously spent two years with Orlando FC before moving to his hometown team in 2019.

Roma have signed Ainsley Maitland-Niles on loan from Arsenal until the end of the season. The 24-year-old made just two Premier League starts for the Gunners in the first half of this season, and he has been eager to get more minutes under his belt to bolster his career.