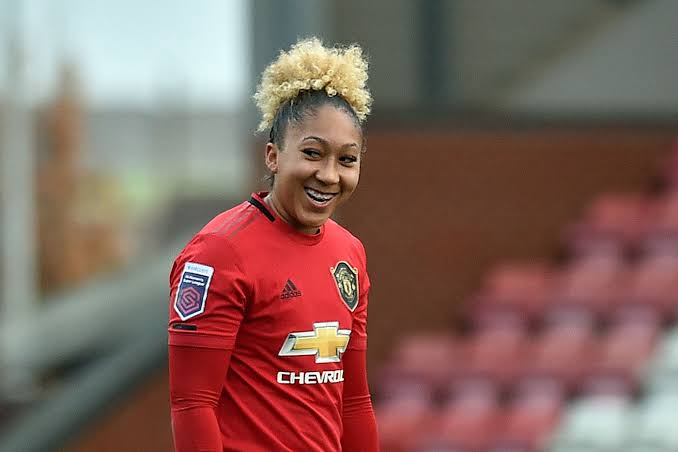 Chelsea have completed signing Man United striker, into the WSL squad,  Lauren James for a four year contract with the Blues.

Lauren James, who is 19 year-old decide to move closer to her family, as the transfer window opened for Chelsea to get the striker from Manchester United.

Although, Her brother, Reece James currently play with the Blues (Chelsea).

James was apart of the United side that secure fourth place in the WSL last season. Lauren James has this to say; “It’s a great feeling to come back home, to a great club, the club I started at the age of six. To be able to play for the first team now and come back here to Emma and the rest of the group is a good feeling.

“I’m excited to get started and I can’t wait to meet all the fans at Kingsmeadow when the new season kicks in.”

Coach Manager, Emma Hayes said, “Lauren is an exciting young talent player who has admired for a while.

“When the opportunity come up to sign her we felt now is the right time to have a lovely strike her like her to the club.”

Lauren, However, started her football career with Arsenal in 2017 at the age of 16. In her appearance with the club, scored 14 goals, as they won the Championship at their first attempt.

Meanwhile, Lauren has participate in the England U17’s and U19’s which she was call into the senior training camp in November.