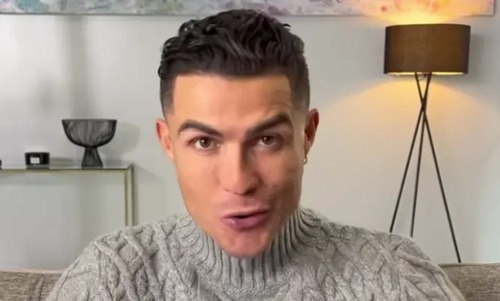 According to reports in Spain, Cristiano Ronaldo will sign a contract with Saudi Arabian club Al-Nassr on January 1.

Following his dramatic exit from Manchester United just two days before the start of the World Cup, the Portuguese superstar appears to have finally found a new club.

The contract is said to be one of the most lucrative in sports history, with the five-time Ballon d’Or winner set to earn close to â200m (£172m) per season.

According to MARCA, Ronaldo is set to sign a contract with Saudi Arabian club Al-Nassr at the beginning of next month.

According to the outlet, the initial deal will be worth close to $100 million (£86 million), but will be subsidized by additional agreements such as advertising and sponsorship.
The 37-year-old became a free agent at the end of last month after his strained relationship with club executives deteriorated following a series of controversial statements in a TV interview with Piers Morgan.

The forward has made no comments about his future during the World Cup campaign, in which Portugal is in the round of 16, but it appears he has been working behind the scenes to get a deal done.

Al-Nassr is one of the most successful clubs in Saudi Arabia, having won the country’s top flight nine times, the most recent victory coming in 2019.

Al-Nassr did not win the league in either 2020 or 2021, but they did win the Saudi Super Cup in both years.

The club, on the other hand, has struggled to make a name for itself on the global stage, though they did compete in the Club World Cup in the 1999-2000 season.

They lost 3-1 to Real Madrid in their group that year, with Nicolas Anelka and Raul scoring for the Spanish giants.

Former Arsenal goalkeeper David Ospina, Brazilian midfielder Luiz Gustavo, and Cameroon striker Vincent Aboubakar â€” who scored a contender for goal of the tournament at the Qatar World Cup last week â€“ are all currently playing for the Saudi giants.

They play at Mrsool Park, which has a capacity of 25,000, a significant reduction from the 74,310 at Old Trafford.

Musalli Almuammar, their chairman, was previously the president of the entire division, the Saudi Pro League, from March 2018 to March 2020.

He is now an advisor to the General Entertainment Authority, a government agency in Saudi Arabia that regulates the entertainment industry.

Earlier this month, Sportsmail exclusively revealed that Ronaldo would say goodbye to £16 million.