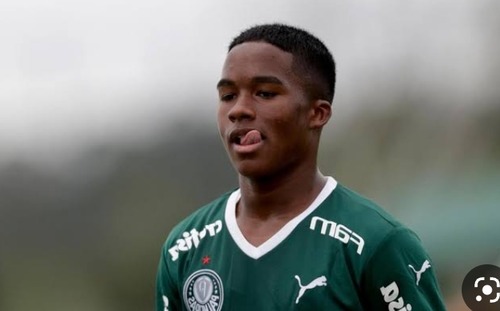 Real Madrid has confirmed the signing of Chelsea transfer target Endrick from Brazilian side Palmeiras for a reported fee of €60 million, with the Spanish giants also paying €12 million in taxes, bringing the total to €72 million.

Endrick will remain at Palmeiras until 2024, when he will join the club at the legal age of 18. The Brazilian striker was linked with a move to Chelsea, with his family members visiting the Chelsea facility, but the young striker preferred a move to Real Madrid.

Real Madrid issued an official statement on their website confirming the signing of Endrick from Palmeiras.

“Real Madrid C. F., Sociedade Esportiva Palmeiras, and Endrick and his family have reached an agreement that will allow the player to join Real Madrid when he reaches the legal age in July 2024,” the club said.

Endrick will train with S. E. Palmeiras until then. The player will be visiting our club’s facilities in Madrid in the coming days.”