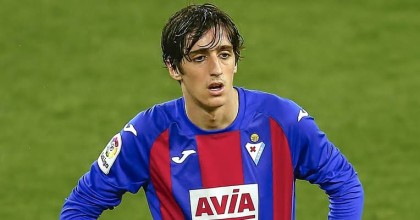 Tottenham on the transfer news again as the club signed Bryan Gil into their squad, while the Argentina international player, Erik Lamela, who joined the La Liga side, Sevilla on a contract loan for three years.

Currently, Bryan Gil, is participating in the Olympic men football game in Tokyo, Japan. As an agreed contract signed for eight years reach.

The club’s transfer market deal, a fresh link “swap of players” from Spurs to Sevilla, while Sevilla to Spurs. Bryan Gil pay deal of £21.6 million signed by Tottenham, Erik Lamela the contract sealed for three years by La Liga side, Sevilla.

According to sky in Italy, Tottenham signed Gil for £21.6 m as an greed fee for payment deal.

Gil, part of the Spain player in the Tokyo Olympic Games 2020 at the Sapporo Dome, with Australia teams encounter match which end in favor of Spain. Spain 1- Australia 0.

Lamela, Argentina international player, contribute to the success of the Spurs, with 4 goals and 35 game assist in all the Tottenham competition in the last season including the Premier League.