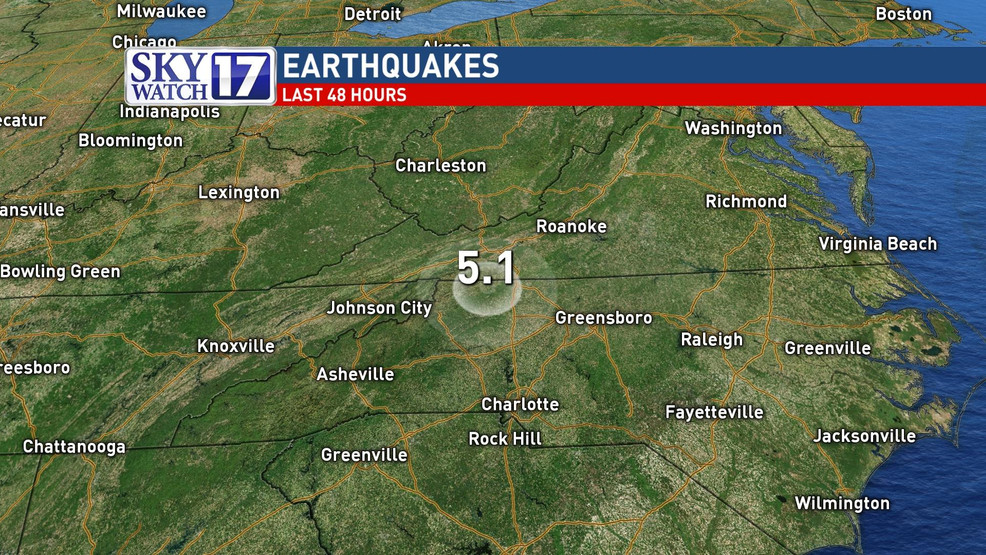 Earthquake Today- An earthquake of its 5.1 magnitudes struck near Sparta North Carolina’s border on Sunday shook homes and rattled a lot of dishes as far away from Atlanta.

It was gathered that this moment, there is no serious damage or injuries were immediately reported

According to theU.S. Geological Survey, said the earthquake was as strong as a rock struck the region since a magnitude 5.2 quake in 1916. which struck at 8:07 a.m on Sunday., near Sparta, North Carolina, about 100 miles north of Charlotte. 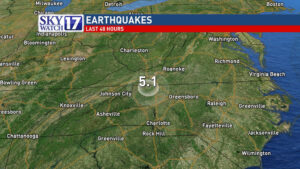 “It felt like a big locomotive going by and a big wave coming underneath the bed,” said Sparta Mayor Wes Brinegar said, “A big wave coming to lift you. I’ve lived here my whole life and have never felt anything like that.”

Meanwhile, Brinegar said some foundations apparently cracked and books were knocked off shelves. More than 100 miles to the south in Stanley, Gary Hooper was sitting on my couch when the temblor hit.

“I felt the couch move and then all of a sudden it just shook the whole house for four or five seconds, although at the time it felt like it was much longer,” Hooper said. “I thought it was a tree falling.”

The quake shook residents out of their beds and drew a crowd to social media.

“OMG!!! We experienced an earthquake in Charlotte, NC this morning!!! Our whole house shook!!!” tweeted DJHiPrayzeRadio. “We are okay. There is no damage that we can detect!!!”

An engineer in Charlotte, Bill said the quake was strong enough to drive people out of their homes.

“Not a big one but shook the house and brought the neighbors out in their yards to see what happened,”

He said. “I know I’ve been awake since 430am but I’m pretty sure my apartment just shook in midtown ATL. I might need to get some rest.”