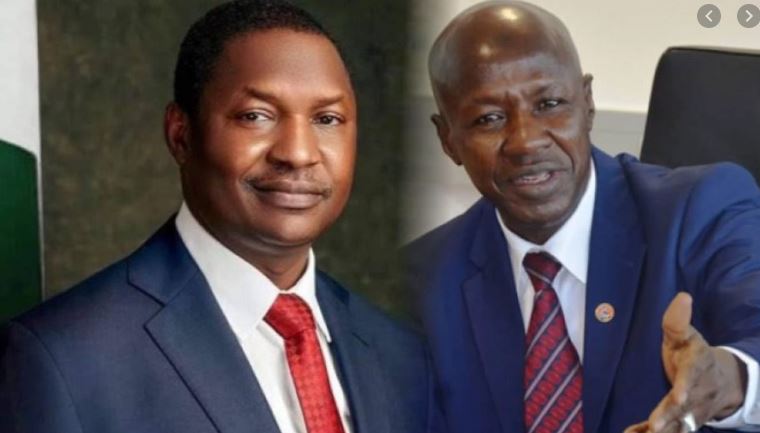 Northern Youths has declared its support on the Attorney General and Minister of Justice, Abubakar Malami over the ongoing investigation on the suspended acting Chairman of the Economic and Financial Crime Commission, EFCC, Ibrahim Magu.

The youths, through its National Coordinator, Bello Hadi, under the umbrella of Northern Youth for Good Governance said it is solidly behind the AGF.

Speaking with newsmen in Kano on Saturday, July 18, Hadi urged the AGF to without any form of fear thoroughly carry out his investigation on Magu. The leader in his submission described the arrest and detention of the former EFCC boss as a democratic process that depicts the government in a good light.

“The effort of the Attorney General to probe Magu was done in good light to cleanse the image of the government in its fight against corrupt practices by highly placed officials,” said, Hadi.

According to him, the arrest of Magu is in line with the agenda of President Muhammadu Buhari in fighting corruption. He urged the investigation panel not to relent in the probe against Magu until it reached a logical conclusion.

“We wish to throw our weight in support of the Attorney General of the Federation in trying to cleanse the image of the government in its fight against corrupt practices by highly placed officials,” Hadi said

He added, “The current investigation going on against the former Chairman of the Economic and Financial Crimes Commission, EFCC should reach a logical conclusion and leave no stone unturned.”

“This action is in line with the agenda of the Muhammadu Buhari regime of fighting against corruption which has become deadly cancer in the country. We are aware that according to the Nigerian Constitution every accused person is presumed innocent until he is proven guilty by a court of law. Against this background, we are not pronouncing the former EFCC boss as guilty, but we believe he must be investigated to erase all forms of doubt in the minds of Nigerians.”

Hadi said that no individual in the country should be presumed to be above the law by virtue of his position. Hence, “Magu should be investigated and if found guilty should be prosecuted as provided by the laws of the land.”