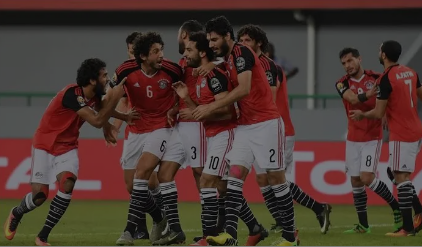 With the Africa Cup of Nations drawing to a close, history will repeat itself in the tournament as the host nation Cameroon take on Egypt head to head for a place in the final at the Paul Biya Stadium today.

It will interest you to know that both teams clashed in the final back in 2017, when the Indomitable Lions secured a 2-1 victory, picking their 5th title as AFCON champions. No doubt, today’s game has all the makings of an exciting and nerve-racking contest as both teams will want to emerge winners.

However, the question that keeps running through the mind of every fan today is will Egypt defeat Cameroon to be in the final?

Interestingly, Egypt remains 15-6-6 all-time against Cameroon. It can count on moments of individual excellence from Salah, who leads the English Premier League in goals (16) and is second in assists (nine). The 29-year-old has scored two of his team’s four goals in this tournament and had four goals and two assists in four AFCON qualifying matches.

BREAKING: CAF fine Egypt $100,000 ahead of the semi-final clash against Cameroon

Aside from the brilliant performance from Salah, Mostafa Mohamed also has the skills to be dangerous up top. The 24-year-old has 11 goals in his two seasons with Galatasaray in Turkey.

Looking at some statistics, the Pharaohs lead the tournament in shots on target, putting 29 of their 53 attempts on the net (55 per cent). Conceded just two goals in their five matches, goalkeeper Mohamed El-Shenawy shares the number 2 spot with Cameroon’s Onana with 15 saves and is second at AFCON with a 93.8 save percentage.

Finally, he has 17 clean sheets in 32 matches with the Egypt national team.