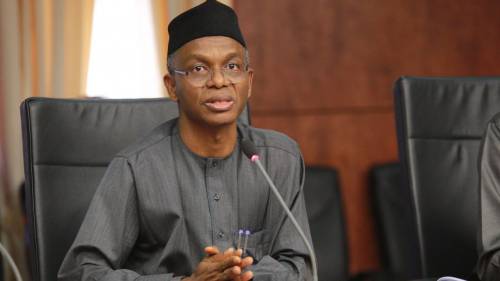 Governor Nasir El-Rufai to cut 25 percent of the salaries of senior civil servants in response to the COVID-19 pandemic.

Meanwhile, The Nigerian Labour Congress, NLC, are at daggers drawn, reject this decision by the Kaduna State government saying, “due process must be taken, before the reduction of civil servant salaries.”

The state government said it would deduct that percentage from the salaries of all civil servants receiving N67, 000 and above to provide palliatives to vulnerable citizens affected by the ravaging viral disease.

However, The NLC has asked the government to return the deductions or face the wrath of the union.

The union said though it is in principle not against the deduction of workers’ salaries for the purpose intended their consent ought to be sought before such deductions are made. Even then, the deductions should be voluntary, it further contended.

The state chapter of the NLC is on point. They are not necessarily against salary deductions to ameliorate the sufferings of victims of COVID-19.

Though the NLC did not openly canvass the issue, it is common knowledge that organized labor is generally opposed to cuts in workers’ salaries because it fears such proceeds will not be properly accounted for and may end up in private pockets.

This feeling also resonated when accountability issues were raised on donations from corporate and private individuals to aid the federal government fight the COVID-19 pandemic.

The first is that Nigerian workers are among the least paid in the world and generally reputed for their serial inability to make ends meet.

With spiraling unemployment and rising inflation, the average worker lives below the poverty line. Any cut in his salary will further push him down the poverty ladder.

It is getting clearer by the day that workers face harder times as efforts are geared to ease the lockdown. Some of the measures that will come in place as the lockdown is gradually relaxed will definitely take a toll on worker salaries.

Kaduna government should be cautious of the step that they want to take, because, it won’t affect the majority of the state civil servants with fewer salaries.