EPL: 2 Reasons Why Man City May Lose Their Next Match Against Arsenal 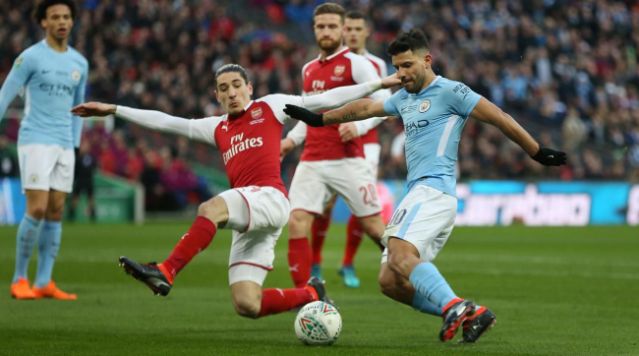 Manchester City showcased their superiority as they defeated a struggling Brentford side 1-0 at the Brentford Community Stadium in yesterday’s Premier League game.

Pep Guardiola’s Manchester City side has been winning all their matches effortlessly but will face the difficult task of defeating a strong and in-form Arsenal side on January 1st. Pep Guardiola and Mikel Arteta have a long history in the Premier League, and despite the fact that Mikel Arteta was Guardiola’s assistant at Manchester City, he has been able to defeat Pep on some occasions.

It was Mikel Arteta’s Arsenal that eliminated Manchester City in the semifinals of the FA Cup in 2020 and the Gunners could also defeat them once again next weekend.

Here is Why Manchester City may lose against Arsenal on New year day:

1. Arsenal is in their best form

It is always a 50/50 encounter when the two most in-form teams face each other as the results may swing one way. Arsenal attacking force is amazing which may put Manchester City defence under pressure when both teams meets.

Manchester City have been active throughout the December festive period, playing over 7 matches during the timeframe and may have stress and fatigue setting in on the team. Arsenal will go into the game with a rested team after their mid-week game against Wolverhampton was postponed due COVID-19 cases.

While Mikel Arteta’s Arsenal will be fit and ready for the game, Pep Guardiola’s men on the other hand will be tired and stressed which may play in Arsenal advantage.