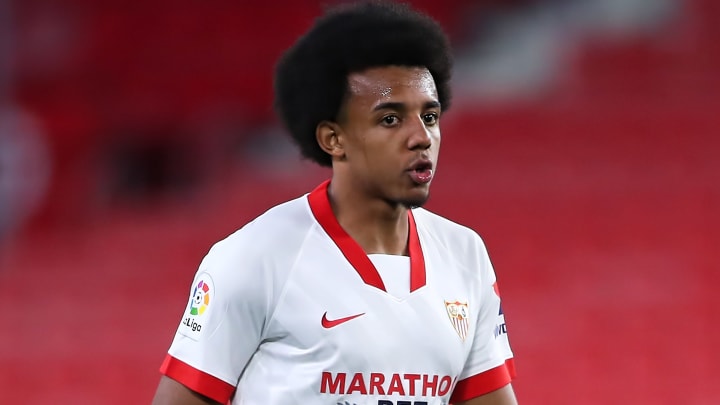 EPL: Fantastic player ready to join Chelsea, as Tuchel bid launch in January… Chelsea could reportedly speed up their efforts to sign Jules Kounde having failed to do so in the summer.s

According to ESPN, the Blues are still hot on the tail of Sevilla’s young center-back and could potentially make another bid for him in January.

Catching up with Kounde

The Stamford Bridge hierarchy has been monitoring the 23-year-old for some time, with their interest peaking in the previous transfer window.

They tried to wrestle with Sevilla over lowering Kounde’s £68m (ESPN) valuation, but the Spanish side did not budge.

However, ESPN claim that the La Liga club is now willing to drop the price tag to a more attainable fee.

This may cause Chelsea to push for the defender earlier than expected, as they anticipate the departure of several key members from Thomas Tuchel’s rearguard.

A move for the Sevilla star is still more likely in the summery months, yet a bid after the New Year has not yet been overlooked.

Kounde is extremely intrigued by the idea of being stationed at Stamford Bridge and ESPN claims that France international has already ‘agreed on the framework of a four or five-year contract.’

Depending on the movements of Antonio Rudiger, Andreas Christensen, Cesar Azpilicueta, and Thiago Silva, this could signal a huge step forward for Chelsea.

Snatching up a player they’ve admired for a while, for a cheaper fee than first proposed; what’s not to like?

Signing Kounde would certainly please several members of the Blues board, to mention those closely associated with the Champions League holders.

Leboeuf has given the green light, it’s up to Chelsea to step on the accelerator before it turns amber.