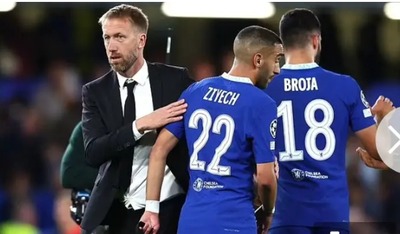 A lot of premier league matches have been postponed due to the death of Queen Elizabeth II, especially, Fulham vs Chelsea, Chelsea vs Liverpool and others.

No doubt, the Premier League matches will fully commences in the month of October, as Chelsea will travel to take on Crystal Palace at Selhurst Park on Saturday, October 1st, after international break duties. As various players have travelled to represent their national teams.

Chelsea will travel to Selhurst Park to take on stubborn side Crystal Palace on Saturday 1st of October 2022, the match is due to kick off at 15:00 West African time.

The Blues will host Wolverhampton Wanderers at Stamford Bridge on the 8th of October, at 15:000

Aston Villa will go head-to-head with Chelsea on Sunday 16th October at Villa Park, The match will kick off at 14:00 West African time

Brentford will host Chelsea at the Brentford Community Stadium on Wednesday 19th October 2022 at 7:30 pm

Chelsea will travel to Amex Stadium to take on Brighton and Hove Albion on the 29th of October, the match will kick off at 15:00.

With the coach, Graham Potter has put a lot of mechanism in place with the level of training at Cobham camp, before the international break.

Since, he(Potter) took over from Thomas Tuchel, yet to play his first match in the premier league, expect in the Champions League against RB Salzburg which ends 1-1.