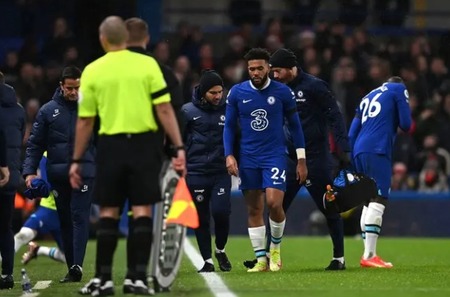 Chelsea are back to winning ways in the English Premier League as they defeated Bournemouth 2-0 at the Stamford Bridge on Tuesday evening. Goals from Kai Havertz and Mason Mount gave the Blues the deserved win over the Cherries.

Despite the win, Chelsea defender Reece James was injured in the game with the Blues manager giving an update on his injury. Chelsea boss Graham Potter to BBC Sport: “Credit to the players. You’re never sure how it’ll go with the break we had. The first-half performance was good. The attitude was fantastic. The players tried their best. It was a deserved win. We had to hold on. Bournemouth made it competitive.”

“It’s a step forward for us as a team.

“We weren’t in the best of moments [before the break]. You have to use breaks as best you can. Evaluate and reassess and get injured players back. We used it as best we could even with players coming back at different times.

“I’m not sure on the state of the injury. Too early to say. You can see his quality. It’s a blow for us. Fingers crossed. We’ll see how bad it is.”