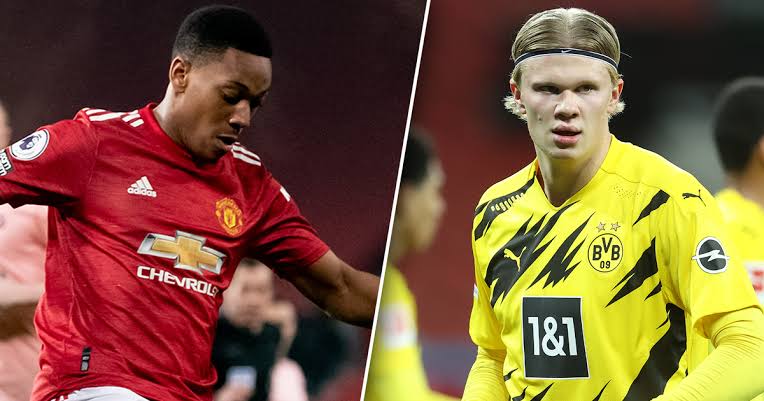 It is no longer a news that Chelsea is in need of the Borussia Dortmund striker, Erling Haaland in their squad this summer, as £130 millions have been step-aside as a down payment out of the agreed transfer market fee of £150 millions.

Manchester United on it again, as the club is ready to swap Anthony Martial as a swap to Borussia Dortmund manager, in replaced of the Norwegian international player, Erling Haaland to beat Chelsea.

Meanwhile, the Bundesliga side, Borussia Dortmund, shows interest for Anthony Martial this summer transfer window, for a replaced of Erling Haaland from Manchester United.

According to reports, the Norway international player, scored 40 goals in all his competition matches last term.

As it stands now, Manchester United have signed Jadon Sancho and Tom Heatan this summer transfer market. And there is hope for the United to signed Real Madrid star, Raphael Varane into the squad this season alongside with Erling Haaland top for swap in replaced of Anthony Martial.

No doubt, United is taking a great moved using Martial as bait for the 21 year old, young talented player of our generation.

However, United kept Martial because of Joel Glazer as a new version for the season, a legend like Pele.