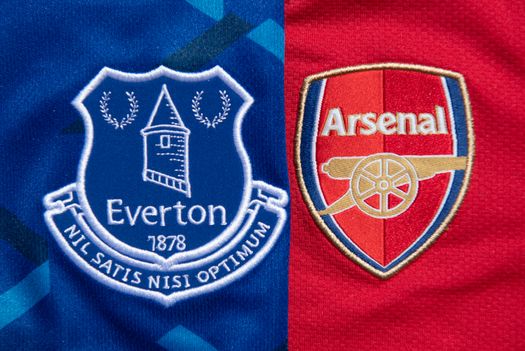 With an intensive performances by the Everton players, Arsenal was crashed 2-1 at Goodison Park yesterday, with a high performance from both clubs.

The Gunners were defeated by Everton 2-1 in game week fifteen of the English Premier League 2021/22 season.

Here are some errors that led to the defeat.

1. Defensive sloppiness: This error was responsible for the defeat. If you watched the game, you would notice that the defence was weak. The poor defence gifted Richarlison the opportunity to score two goals that were later ruled out for offside. Furthermore, I think Xhaka would have tried to break the counter-attack that led to Everton’s winning goal.

Looking at the photo above, you would notice that if Xhaka had tackled Andre Gomes, this would have averted the counter-attack that led to the goal. But I don’t think I can fault him because he was already on a yellow card, and Arsenal had about five players in the defence. The defenders didn’t pressure Gray, and this gifted him the time and space to shoot the ball.

2. Individual Error: This error was partly responsible for the defeat because Edward Nketiah missed a golden opportunity that would have changed the result of the game.

I’m not trying to be judgemental, but I feel he should have scored because it was a free header and the goalkeeper was not well-positioned.

The main reason why I’m pointing out this mistake is that if he had converted his opportunity, it would have given Arsenal the lead, and it would have weakened Everton’s morale.