EVE vs CHE: How Lampard’s new managerial job in Everton might affects Chelsea 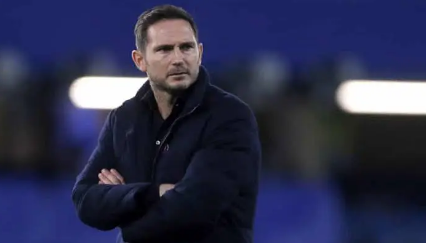 No doubt, Frank Lampard, has been officially announced the Coach of Everton, to head the club to victory in any leagues in 4 years contract signed.

Ever since the Chelsea’s legend, Frank Lampard, was sacked from being the club’s Manager last year’s January, he has been unable to get a coaching Job till his latest appointment in Everton.

When it comes to football, Mr Frank has been so outstanding having gained so much experience under different managers during his time in Chelsea. He took over Chelsea’s job during the club’s toughest moment following the exits of Willian and Hazard, and also when they were banned from signing players. This compelled him to falling back to the academy players like Mason Mount, Recce James, Trevoh Chalobah, Hudson Odoi, etc.

With these young boys from the Chelsea’s academy, Frank was able to make the team a formidable force against their opponents until things turned against his favour. It was so heart touching to see the club’s legend get axed.

Frank’s new job is a very difficult one as Everton is almost headed for the relegation zone, with tough matches ahead of him to try his ability. Everton’s players have been really underperforming and Frank would be looking forward to strengthen the team to effect the desired change he wants.

Lampard might be tempted to lure those players he discovered in Chelsea, to his new club to achieve same result. With so much competition in the current Chelsea’s squad some of these young or unfortunate players who discovered themselves under Frank might seek for a reunion with him in Everton.

Oftentimes we’ve seen managers carry over their old players to their new clubs and Lampard could be involved in such as he looks forward to making things right in Everton. This could reduce the quality of Chelsea’s squad.