Getting £45m attacker signed for Chelsea, better as he target to join club 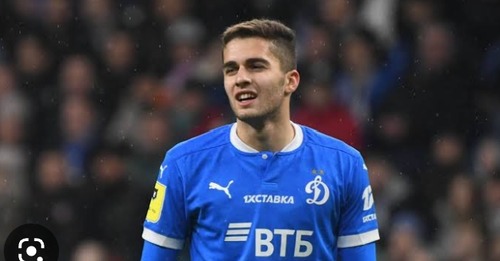 According to report, Arsen Zacharyan planning to exit his club, as he target top clubs like Chelsea or Manchester City to joined, just as a sport analyst seeing Arsen Zacharyan as better signing for Chelsea after he told the Blues he is keen on a move.

No doubt, Zakharyan is seeing as one of the brightest prospects in the world of football and Chelsea will be willing to pay his €15m (£12.6m) before his deal collapse due to FIFA and UEFA restrictions on signing Russian players.

However, Chelsea are still keeping a close eye on the talented young man and he has recently come out and stated his desire to join the Blues – announcing:

‘My agents and my club have told me that a request has come from Chelsea. I have directly said my position is that I want to join Chelsea,’ Zakharyan told Russia’s Comment Show.

‘I know that there is a good competition in my position with Mount, Havertz, Gallagher, so I don’t mind going on loan to adapt to the European league.

‘I was stressed because I wanted this transfer.

‘If it was not for that FIFA ban – Chelsea would have Zacharyan in the side already.

‘they are impressed by his ability and believe that they can turn him into that next big thing – especially now that Graham Potter is in charge of the club.

‘For the right money – he would be a very good signing for the club – but it will be a tough task to actually get a deal done with all the Issues in the world right now.

‘But he is a talent and would be a great buy.’