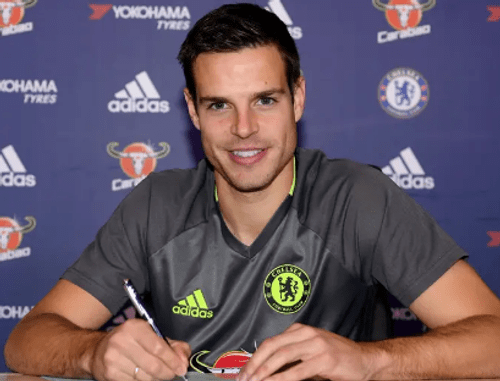 Cesar Azpilicueta’s contract at Chelsea has been extended until the summer of 2023, according to Skysports. The Spain defender reached the minimum number of games needed to trigger an automatic one-year extension earlier this month.

His deal was due to expire on June 30 – one of four Chelsea players in this situation along with Antonio Rudiger, Andreas Christensen and Charly Musonda.

Details emerge of clause that could rescue Chelsea attempts to keep Azpilicueta, as doubts swirl

Chelsea are not currently able to negotiate new deals with any of them due to the sanctions imposed by the UK Government. Barcelona have an interest the 32-year-old Azpilicueta and centre-back Christensen. Reports in Spain claim Christensen has verbally agreed to join Barcelona – but Sky Sports News understands Christensen has not informed Chelsea if this is the case.

With Azpilicueta now requiring a transfer fee to sign him, Barca are currently focusing their attentions on signing Ajax right-back Noussir Mazraoui, who is also set to become a free agent.

However, they face strong competition from Bayern Munich.