Good news for all Chelsea fans, as the club finally signed a high-profile striker who could cause Haaland problems 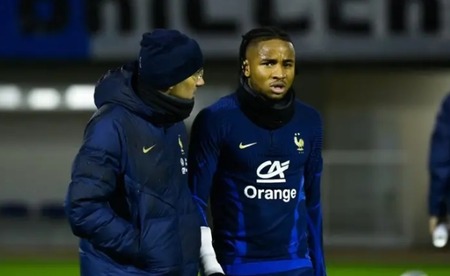 Following the latest transfer news ahead of the January transfer window, Stamford Bridge has finally been rocked by joy. Chelsea has finally signed top German Bundesliga striker Christopher Nkunku, who is one of the most prolific strikers in the Bundesliga.

Chelsea has agreed to sign RB Leipzig forward Christopher Nkunku. Chelsea have finally agreed a deal to sign Christopher Nkunku, and the player is now fully expected to become a Chelsea player in 2023, as they appear to have gotten the man they’ve been after since the summer.

According to Fabrizio Romano, Christopher Nkuku’s deal has been signed and sealed, with all documents and contracts completely closed. However, the French striker will only be considered a new Chelsea player beginning in January.

Christopher Nkunku will be Graham Potter’s first major superstar signing, succeeding Thomas Tuchel, who was fired just a few months ago. Nkunku’s arrival at Chelsea will pose a significant challenge to some of the league’s most prolific strikers, including Erling Halaand, who is now the top scorer, and Harry Kane, among others.

Nkunku is one of the most highly rated players in the world right now, and he will help fill a gap in Chelsea’s forward line while also being an important part of the rebuild under Todd Boehly.