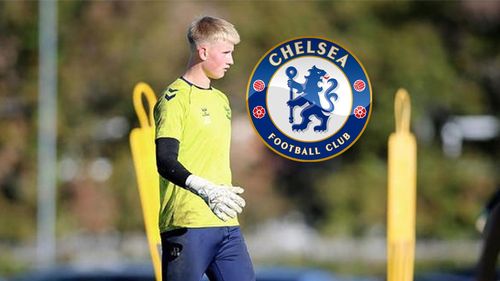 Good News to all Chelsea fans as the official announces their first summer signing in the era of the new Chelsea Chairman, Todd Boehly. It is clear, that Boehly is the rightful owner of the club, after completing the takeover of Chelsea, and is set to splash the cash this summer to improve Thomas Tuchel’s squad.

Having Antonio Rudiger and Andreas Christensen out of the club, Chelsea is desperate to bring in quality defenders, but they’ve now announced their first summer signing, and there’s little chance they’ll be able to play in defense.

On the club website, Chelsea officially announced the signing of Southampton goalkeeper Eddie Beach. The 18-year-old will link up with the Chelsea academy and is a Wales U19 international. Although, There’s little chance Beach will be given a first-team opportunity any time soon, we often see Premier League clubs raiding smaller academies and stockpiling young talent in their youth setup.

Meanwhile, Southampton’s academy is known to produce quality players and goalkeepers like Gareth Bale, Alex Oxlade-Chamberlain, Luke Shaw, and Theo Walcott, who graduated from the youth side.

Although No official fee was announced to obtain this goalkeeper from Southampton Academy, Southampton fans will be hoping they haven’t lost a bright young talent without receiving significant compensation.