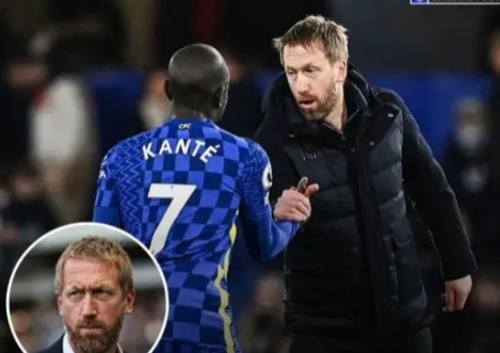 It is a welcome development as Chelsea FC has appointed a new coach, Graham Potter who has revealed his plan to see the club to the promised land especially in the area of lifting the Premier League, Champions League trophies and other titles.

Although, Graham Potter has track record as a coach with Brighton, but left immediately after agreed with Todd Boehly deals, after 48 hours Thomas Tuchel was sacked.

Thomas Tuchel was successful in his first season at the club winning the champions league, super cup and the club world cup but it seems the new owners did not see him fit to lead the new era at the club.

The new boss is now Graham Potter who has been Brighton’s Manager and he has stated what he wants to achieve with the blues. Potter stated that he is excited to partner the new Chelsea ownership and he is looking forward to working with the great group of Chelsea players to develop a team and a culture that the blues fans can be proud of.

Potter is fully ready to take on Fulham on Saturday, as his first game, although, the EPL matches might be stopped for now, following the death of England’s Queen Elizabeth the second.