Goodbye: Not too good news at Stamford Bridge, as Chelsea owner, sacked Thomas Tuchel due to poor performances 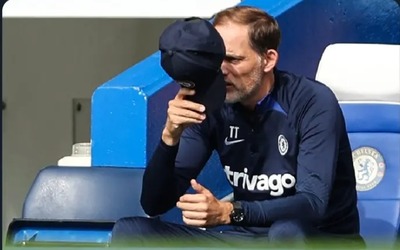 This season, Chelsea have been underperforming in all competitions they have participated in.Chelsea have lost 3 consecutive away games this season considering they have only played 8 games under their name.Despite Thomas Tuchel being boosted by Chelsea new owners with €250m to sign players, Thomas Tuchel has failed to perform at the club despite bringing in big names like Kalidou Koulibaly, Raheem Sterling, Aubameyang, Wesley Fofana And Carney Chukwuemeka. Last night, Chelsea lost their first match this season in the champions league after they were humiliated by the Croatian side by 1:0.The only goal of the match was scored by Orsic. Despite Chelsea spending over £200m in reinforcing their defence, Chelsea have failed to keep a cleensheet in their last seven games suffering heavy defeats from Leeds United and Southampton fc. Today In the morning, Chelsea owners have decided to Sack Thomas Tuchel after a series of poor results at the club.

Tuchel will leave Chelsea after helping them win the eufa champions league back in 2020.He also won the eufa super cup and club world cup with the club.