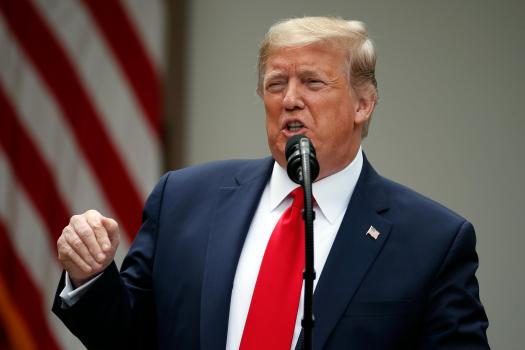 News
January 15, 2021 admin 0 Comments Goodnews as Trump is set to complete his term as US President

In what may be good news for Donald Trump, the republican senator rejects the democrats bid for his impeachment.

This decision will see Donald Trump serving his final days as the president of the united states of America, USA.

He will serve the remainder of his term as the president after the house of representatives called out for his second impeachment.

This follows by the statement by US majority leader Mc con el, rejecting the call by the democrats for the second impeachment if the president.

According to reports by the media outlets, the senate will not meet again untill Tuesday January 19 stating that trump impeachment trial will not begin until Bien assumes office.

It is also reported that the president elect Joe Bien has reacted to the impeachment of Donald Trump.