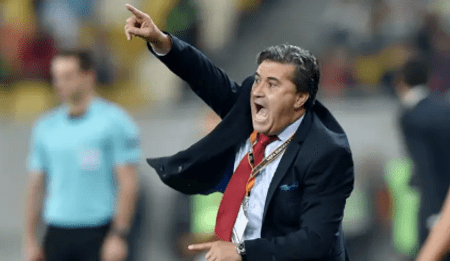 Meanwhile, Peseiro is to take over as the new head coach of the Super Eagles. It must be stated here that the appointment of Jose Peseiro doesn’t invalidate the mandate given to Augustine Eguavoen.

The report adjust that the interim head coach, Augustine Eguavoen, will remain in charge of the Super Eagles team during the period of the African Cup of Nations, AFCON, in Cameroon. The newly appointed coach, Jose Peseiro, will serve as an observer and perhaps assist in getting the team to win their matches.

The report further stated that after the African Cup of Nations, AFCON, in Cameroon, Augustine Eguaveon will function as the technical manager of the team, while Jose Peseiro will retain the position of the head coach. So, it is assumed that both Augustine Eguavoen and Jose Peseiro will use the AFCON to establish quality working relationship for the benefit of the Super Eagles team.

The 61-year-old Portuguese football manager, Jose Peseiro, has been in charge of ‘the Venezuela national team until August and has also coached Sporting Lisbon, FC Porto, and Al Ahly of Egypt’.