Goodnews to all Chelsea fans, as John Terry return to the club 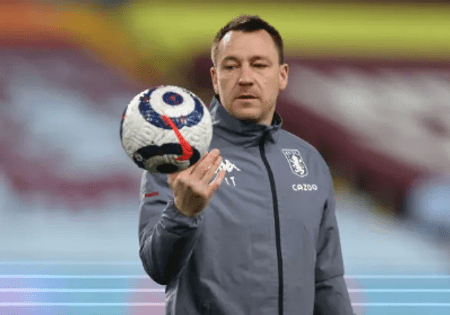 Goodnews to all Chelsea fans, as John Terry return to the club for  part-time role as a coaching consultant in the club’s academy.

The former England captain has been looking for a fresh opportunity after leaving his role as Aston Villa’s assistant manager last summer. Terry is keen to become a manager and hopes to gain more coaching experience by working with Chelsea’s youngsters.

The 41-year-old, who is regarded as one of the greatest players in Chelsea’s history,

will contribute to coaching discussions with colleagues, mentor academy players and support parent dialogue. The Stamford Bridge club said that the flexibility will allow

Terry to continue his coaching development and maintain other commitments.

“We are delighted to be welcoming John back to Cobham in a role that will involve.

Aston Villa vs Chelsea: 2 mistakes Thomas Tuchel did with his lineup

coaching and mentoring the next generation of young players in our Academy,” Neil

“It goes without saying that John’s experience

in the game, both as a world-class player and more recently as an assistant coach in

the Premier League, will be invaluable for everyone in the building. He will be a great

mentor for our players and a fantastic asset to our coaching staff. We can’t wait for

him to get started.”

Terry joined Chelsea as a 14-year-old scholar and went on to enjoy an illustrious playing career. He became Chelsea’s captain and established himself as one of the best defenders in the world before joining Villa in 2017.

Terry would go on to enjoy his time at Villa Park. He became Dean Smith’s assistant after retiring in October 2018 and helped Villa win promotion from thebChampionship in 2019.

Chelsea have been keen to bring former players back to the club. Petr Cech, their former goalkeeper, is the club’s technical and performance adviser and Paulo Ferreira, Ashley Cole, Carlo Cudicini and Claude Makélélé have roles.