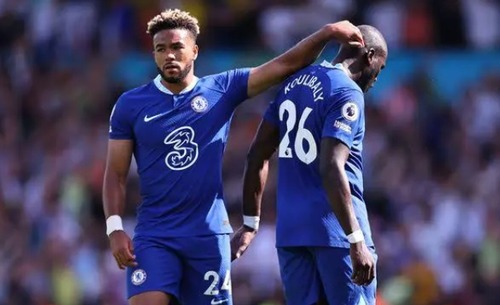 Chelsea has been informed of the fee for signing Inter Milan’s Denzel Dumfries. The Blues are rumored to be looking for a new right-back to replace Reece James, who has been plagued by injuries recently.

Graham Potter was without one of his key players in the final games leading up to the World Cup after the Cobham graduate suffered a knee injury. After failing to sign a replacement for James in the summer, Chelsea were left with only Cesar Azpilicueta, Ruben Loftus-Cheek, and Raheem Sterling as viable senior options to cover the right wing-back position.

The Blues won just once in seven games without the 22-year-old.

Meanwhile, four losses and two draws Dumfries is said to be a key target ahead of the January transfer window, with Todd Boehly eager to right his wrongs.

Inter Milan are ready to demand a fee in the region of £50 million (€60 million) for the Netherlands international, according to Italian outlet Gazzetta dello Sport. Despite the Nerazzurri’s reluctance to sell the defender, the report states that the club is ‘open to a sale’ due to the club’s financial situation.

Dumfries has previously been linked with moves to Manchester United and Everton, but a move to the Premier League has never materialized. Indeed, during the negotiations for Romelu Lukaku’s return to Inter, According to the Gazzetta dello Sport, Chelsea asked the Italian giants to include Dumfries in a permanent player-plus-cash swap deal this summer.

In September, the 26-year-old admitted that he was “flattered” by the interest in his services, but insisted that he is solely focused on his success at the San Siro. Dumfries told De Telegraaf, as reported by 90min:

“Of course, the interest flatters me. But my attention is solely on Inter. We want to reclaim the Scudetto after losing it last season.”

Dumfries has started each of the Netherlands’ first two World Cup group stage games, playing 90 minutes in both. The Dutchman has been an integral part of Louis van Gaal’s success in Qatar thus far, and he appears to be a key component in the future.

If Chelsea can close a deal, he will be the ideal replacement for James.