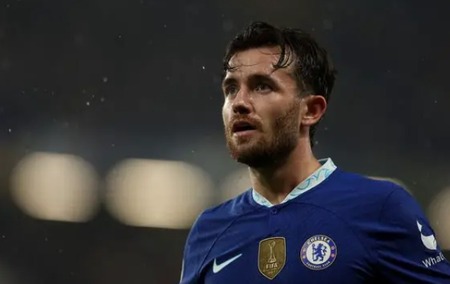 Chelsea news: Graham Potter is back with the Blues as a new player is welcomed to training as the club prepares for the Premier League’s resumption following the World Cup. Chelsea defender Ben Chilwell will be out for at least two more months.

Chelsea players returned to training just over a month before the Premier League resumed. It comes as the World Cup group stage comes to an end, and more first-team players are expected to join up once their contracts in Qatar expire.

After a frantic start to life, the Blues have had just over two weeks off since losing 1-0 to Newcastle, and Potter has had time to reset and recharge. There isn’t much room for error now, with an important set of games coming thick and fast once domestic action resumes.

Chelsea will play Aston Villa in a friendly in Abu Dhabi as part of a mid-season training camp, and the opportunity to work on the fitness and sharpness of returning players from injury will be available. This group will include Reece James, who missed the World Cup due to a knee injury, and Wesley Fofana.

The Frenchman was less likely to play in Qatar, but he also suffered a knee injury before the break, effectively ruling out any chance of making Didier Deschamps’ squad. The defensive duo will return to action for Potter after the break, which will be a huge boost.

However, the former Brighton manager will be without Ben Chilwell for at least another two months. This space allowed teenager Lewis Hall to push his way into first-team contention, which the dynamic full-back gladly accepted.

Following Chilwell’s injury, Hall made his Blues debut in the FA Cup last season and earned his first start against Manchester City in the Carabao Cup. Hall has been a standout performer for the Under-21 side, and he can also play in midfield, full-back, and wing-back.

Player open up to Chelsea transfer, but teammate wants him at Tottenham

Potter was so impressed – and desperate for options – that Hall made his Premier League debut later that week in Newcastle’s defeat. As players return to Cobham, Chelsea youth specialist Felix Johnston reports that Hall has been promoted to the first team on a permanent basis after moving across the training ground.

Hall can also be seen in photos of the squad returning to training with fellow Under-21 stars Omari Hutchinson and Charlie Webster. Given that World Cup players’ fitness will fluctuate and Potter has a large task ahead of him, Hall’s promotion makes sense.