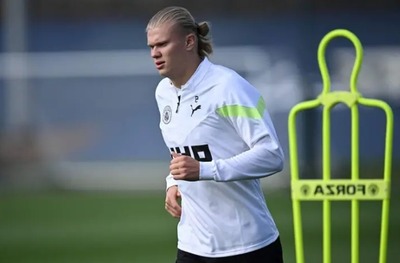 Erling Haaland, Manchester City’s goal machine, has sent a message to other clubs ahead of the Premier League’s return.

Since joining the Cityzens from Borussia Dortmund, Haaland has been in superb form. After defeating Liverpool in the Carabao Cup, the Norwegian took to his official Twitter account.

“We’re back, stronger than ever,” he simply tweeted. He shared the tweet with photos of his goal celebrations during the Liverpool game. The Norwegians opened the scoring on a cross from Kevin De Bruyne.

This season, Haaland has scored 24 goals in 19 appearances across all competitions, with 18 of those goals coming in the league. He has three league hat-tricks, coming against Crystal Palace, Nottingham Forest, and Manchester United.

Haaland Is Unlucky He Was Not Born In A Country With Strong Team, If Not, He Is Better Than Mbappe

We’re back and better than ever!