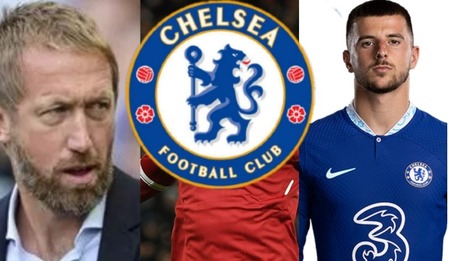 “He is the best player to replace Mason Mount”- Potter Set To Sign £70m-rated Serie A Centre-forward… Chelsea made an offer of between £60m and £69m for Rafael Leao in the final days of the window, amid Liverpool and Man City interest.

Portugal international has thrown himself onto the radar of the world’s biggest teams after a wonderful 2021-22 campaign. Helping Milan win Serie A, Leao had a hand in 26 goals during 42 matches, scoring 12 and creating 14 more from out wide.

This campaign, that form has continued with three goals and four assists in only seven matches.

Reports in the summer suggested that Liverpool and Manchester City were among the teams considering a move for Rafael. However, It now appears that the Blues wanted to continue their spending in the dying embers of the window.

They tabled a mammoth offer to add the 23-year-old winger in the final days before the deadline but it came too late. The Portuguese forward is an incredible talent. And still just 23, the Portuguese is a Serie A champion with 55 goal involvements in 122 Milan games.

Meanwhile, A footballer that can play as a 10, on either flank but also upfront. His best position looks to be from the left. For any team in the world, the former Lille forward would be a terrific addition.