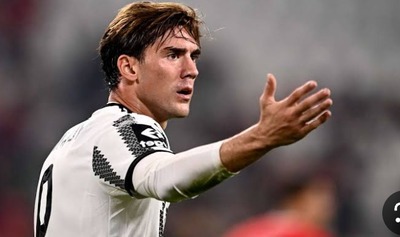 Following the injury to Armando Broja, Chelsea are looking for a new striker to sign this month.

The youngster will miss the rest of the season after sustaining an ACL injury in a friendly match against Aston Villa.

Chelsea have been considering whether to bring in a new replacement for Broja this month, and it appears that they will do so.

The only problem is that there aren’t many true number nines on the market right now who could step in and help Chelsea. However, one name who may be able to do so is Juventus forward Dusan Vlahovic, who may be available for selection.

In his latest interview with SunSport, journalist Ben Jacobs confirms that Chelsea is making inquiries about signing Vlahovic.

“From a Premier League standpoint, it’s actually Chelsea making the inquiries at this point, and we know that they, too, need a striker,” Jacobs explained.

“But I think everybody chasing Vlahovic needs to understand, is January possible, first and foremost, and then if it isn’t, what do they need to do to persuade him to move to the Premier League in January? What can clubs take away from the Arsenal situation?

“How is his injury situation? Because right now, if you get him in January, he has a groin issue that is still being looked into. However, Chelsea is looking.