How to watch Chelsea vs Palmeiras live in the USA, UK, Australia, Belgium, Nigeria, Portugal, and Italy 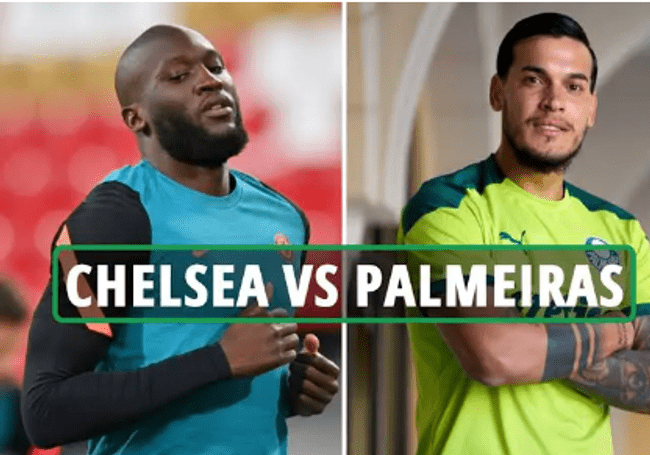 How to watch Chelsea vs Palmeiras Live Streaming in UK, USA, Belgium, Nigeria, Portugal, Italy, and more many countries. No doubt, Chelsea and Palmeiras will be a tougher match to watch.

Chelsea have the chance to fill their trophy cabinet as they take on Palmeiras in the Club World Cup final.The Blues beat Saudi Arabian side Al-Hilal on Wednesday night thanks to Romelu Lukaku’s first-half effort.

Brazilian side Palmeiras overcame Al Ahly 2-0 and will be very competitive with the Blues in what should be an enthralling final. Chelsea lost the Club World Cup final to Corinthians in 2012 and will be desperate to win the one trophy which has alluded them so far.

Thomas Tuchel will also have the chance to win his third trophy as Chelsea boss, having won the Champions League and Super Cup last year.

Chelsea’s big Club World Cup final with Palmeiras will get going from 4.30pm UK time on Saturday, February 12.
The game will take place at the Mohammed Bin Zayed Stadium in Abu Dhabi, UAE.

What channel is it and can it be live streamed?

Chelsea vs Palmeiras in the Club World Cup final will be shown live for FREE on Channel 4 for viewers in the UK.
You can live stream the action from the All 4 app, which is available for download onto your mobile or tablet device.

Yes, the game is available for FREE on Channel 4.
You can also catch the action on the All 4 app.

Chelsea vs Palmeiras on SuperSport
If you are in Nigeria,South Africa, Ghana and Kenya you can stream live the be FIFA Club World Cup Final on Supersport, DSTV, GOTV Cable as well as other Afican countries can stream live.

SuperSport has the right to cover Premier League, La Liga, Bundesliga, Serie A, Coppa Italia, FA Cup and others live. SuperSport Channels can be found on DSTV and GOTV cable. The subscribers of these two TV cables can watch the match live.