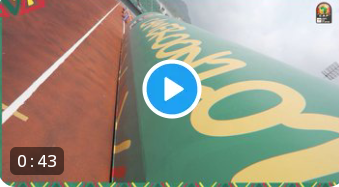 Egypt will take on Morocco in the ongoing AFCON 2021 in Olembe stadium, in Cameroon on Sunday, January 30th, 2022 in the Quarter-final match.

No doubt, the AFCON fixture match between Egypt and Morocco in the Quarter-final match will definitely be a tougher game to watch.

In the quarter-finals of the Africa Cup of Nations, Egypt and Morocco, two of the continent’s powerhouses, will face each other. After advancing through a penalty shoot-out against one of the tournament favourites, Ivory Coast, in the previous round, the Egyptians enter this encounter as underdogs. The Pharaohs, the tournament’s most successful team with seven titles, will be seeking to reach the semi-finals for the first time since they won the title in 2010.

Morocco will be hoping to build on their strong start to the competition and reach the semi-finals for the first time since finishing second in 2004. The Atlas Lions have only won the AFCON title once, in 1976, but they have a good chance to do so again this year. Their most recent encounter was a stunning 2-1 comeback victory in the round of 16 against Malawi.

Morocco remains one of the competition’s underappreciated teams. Morocco is still not in the same league as favourites Senegal and Cameroon, but they are unbeaten in 90 minutes in their previous 32 matches, a streak that spans three years. In their last 15 regular-time games, they have won 13 of them, drawn two, and lost none, outscoring opponents 39-6.

NGA vs EGY: “My grandmother could have awarded penalty to us”- Egypt Coach slams Referee

Morocco’s only setback during this time came against Algeria, in a 2-2 draw that they eventually lost on penalties. They are a lively, attacking team, which will stand in stark contrast to their opponents, who have relied on their defensive solidity to Egypt has now played six consecutive matches with a 1-0 scoreline in either direction or a 0-0 draw after regulation time. The Egyptians are supposed to have a bit more of an attacking threat, and there is a feeling among fans that the team has yet to find its stride. With Mohamed Salah, the finest player in the tournament, who can win games on his own, they are always a threat to score and must be respected by the Moroccans.

The Atlas Lions’ form is unquestionable, and they are one of the continent’s most exciting teams. Despite their illustrious history, Egypt has not performed well in this tournament. If Morocco can contain Salah, there’s a decent possibility their high-powered attack will generate enough opportunities to get them to the semi-finals. This match will be won by Morocco.

Egypt vs Morocco can be watch live on the following TV sports channels or sports App online, such as;