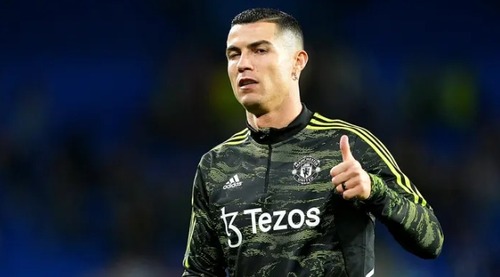 Portugal takes on South Korea at Al Rayyan’s Education City Stadium on Friday, with Fernando Santos’ men already in the FIFA 2022 World Cup knockout phase. To advance, the Taegeuk Warriors must win, and even that may not be enough if Ghana avoids defeat against Uruguay. At the end of the 3-2 loss to the Black Stars, head coach Paulo Bento was sent off.

Our experts will take you beyond the pitch and around the world with news that matters — and while you’re at it, sign up for our new newsletter covering the beautiful game in all its glory, including daily World Cup updates, here.

Here are our storylines, as well as information on how to watch the match:

What to look out for and the odds
Friday, December 2 | 10:00 a.m. ET
Education City Stadium in Al Rayyan, Qatar
FOX and Telemundo | fuboTV live stream (try for free)

Hwang Hee Chan has been out with a hamstring injury in Qatar so far, and that is unlikely to change in time for this game. Son Heung Min will make his 107th international appearance, and Kim Min Jae will also start at the back. Cho Gue Sung scored twice against Ghana and is expected to lead the line again, with Kwon Chang Hoon and Hwang In Beom also in the lineup.

Nuno Mendes’ World Cup is over after he was injured against Uruguay, while Danilo is also out with a rib injury and Otavio is questionable after missing the Uruguay match. Raphael Guerreiro should remain at left back, but the rest of the lineup should remain relatively unchanged. Bruno Fernandes should play alongside Cristiano Ronaldo and Joao Felix, with Rafa Leao coming off the bench. After being denied his claim to the opening goal against Uruguay, CR7 is still chasing Eusebio’s Portuguese World Cup record.

How to Watch Ghana vs. Uruguay Live Streaming & on TV Channels

This one should be close because South Korea needs to win, whereas Portugal is not in a hurry because they have already qualified. The Koreans are unlikely to win if Santos’ starting XI does not change significantly.